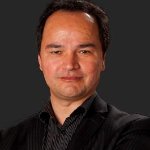 I've been in business for over 25 years and have been developing Internet and business strategy for more than a decade Internationally.

My main work is done at Spinning Planet Limited but I also volunteer for a number of non-profit organisations.

2021 - 2022
Company: Spinning Planet (SP)
Role: My company allows me to choose the projects I want to work on so a lot more of my work this year has been working on non-profit projects.